Heskîf: Pearl on the Tigris

Heskîf, or Hasankeyf, was the next destination on my Mesopotamian road trip. I was very fortunate to have seen this ancient town for it may have been the last time.

Heskîf was inhabited for at least 12,000 years, which made it one of the world’s oldest human settlements. It was the world’s only historic site to meet nine of UNESCO’s 10 criteria for inclusion–meeting just one criteria is enough to get listed.

However, Turkey never submitted the city for inclusion because of the construction of the Ilisu Dam, which ultimately submerged and completely destroyed the city along with thousands of monuments and archaeological sites in early 2020.

Thousands of monuments, man-hewn caves, mosques, churches, temples, tombs, hamams (historic public bathhouses), and homes were destroyed by the Turkish State. Over 300 unexcavated archaeological sites and dozens of historic villages were submerged. The area’s unique nature and ecology has been irrecoverably damaged; several native species have gone or will go extinct in the near future. The water supply to Iraq and Syria will be, respectively, cut by 80% and 40%, which which will increase drought, failed crops, and general despair and misery in those countries. Over 30,000 native Kurds have been uprooted from their ancestral lands.

The Ilisu Dam has a life expectancy of only 50 years and will provide just 1% of Turkey’s energy needs during that period. The fascist Turkish State’s hatred for Kurds, history, and nature can not be understated: it is so vile and severe, that it is willing to destroy 12,000 years of history and to negatively affect the lives of millions of humans and animals for minimal temporary financial gains.

The second and very short destination of my road trip was Heskîf (Hasankeyf). We went to Heskîf before heading to Mêrdîn, the second main destination.

All organizations that were involved in the construction of this dam or the relocation of some of its monuments are complicit in severe, irreversibly crimes against nature and humanity.

Andritz AG is one of those accomplices. Andritz AG is an Austrian plant engineering group with headquarters in Graz, Austria. Austrian Andritz AG provided the Turkish State with six 200 MW Francis turbines crucial for the construction of the power plant.

Turkey has built many dams across its Kurdish region. These dams have lead to massive loss of history and heritage and caused irrecoverable and irreversible ecological damage and human suffering. Millions of Kurds have been uprooted from their ancestral lands.

I am repeating myself now, but rest assured, I will repeat myself till the day I die: Turkey’s hatred for Kurds, nature, history, heritage, culture, animals, human rights, and life is so great that it is willing to sacrifice all of those things for temporary gains. Turkey’s savagery and racism has no boundaries. A morally bankrupt country.

Heskîf is the only historic site in the world that meets nine of UNESCO’s 10 criteria for inclusion. Fulfilling just one criteria is sufficient to get inscribed on UNESCO’s prestigious list. However, Heskîf is not a UNESCO World Heritage Site because the Turkish State never submitted it for inclusion. To put the significance of this into perspective: not even the historic centers of Rome, Athens, and Cairo combined meet nine different UNESCO criteria!

Heskîf has been home to over 30 different civilizations spanning 12,000 years. It is considered a twin to nearby Göbekli Tepe, the world’s oldest temple and man-made construction.

Heskîf holds significant importance for Kurds because it was the last capital of the Kurdish Ayyubid Dynasty, the dynasty most famous for its founder Saladin – the Sultan who defeated the Crusader States in the 12th century. The Islamic World takes great pride in Saladin and his dynasty’s achievements, but not a single Islamic nation has protested the Turkish State’s deliberate destruction of the dynasty’s heritage. The reason for their silence is simple: Heskîf’s means further erasure of Saladin’s Kurdish identity and anything that furthers the erasure of Kurdish culture and identity seems to be welcomed by muslims worldwide. This hypocrisy, I can not explain.

Heskîf’s destruction is largely political. The Turkish State thrives on inflicting misery on its Kurdish citizens. One of the Turkish State’s main goals is to erase anything that reminds of a Kurdish (or Armenian, for that matter) past.

When I visited Heskîf in the beginning of September 2019, the road into the Old Town was closed off. The town was in horrible shape. Even the welcome sign is downtrodden. Some of the city’s historic monuments have been relocated. The Turkish State used these relocations for its despicable propaganda purposes, pretending it was saving heritage. However, the handful of monuments that the Turkish State “saved” are worth little outside of their original context, which is within the city’s historic urban fabric.

The only things visible from the shore were a violated ancient bridge (once the largest bridge in the world) and the ancient citadel, which was partially dynamited by the Turkish State.

I may have been one of the last people to have witnessed what little was left of Heskîf.

Heskif had an incredible and unmatched history and legacy stretching of 120 centuries. The Turkish part in this lengthy history was short-lived and involved the city’s destruction.

Once upon a time, for a very long time, there was life and joy in Hasankeyf.
Then the fascists came along and it all ended. 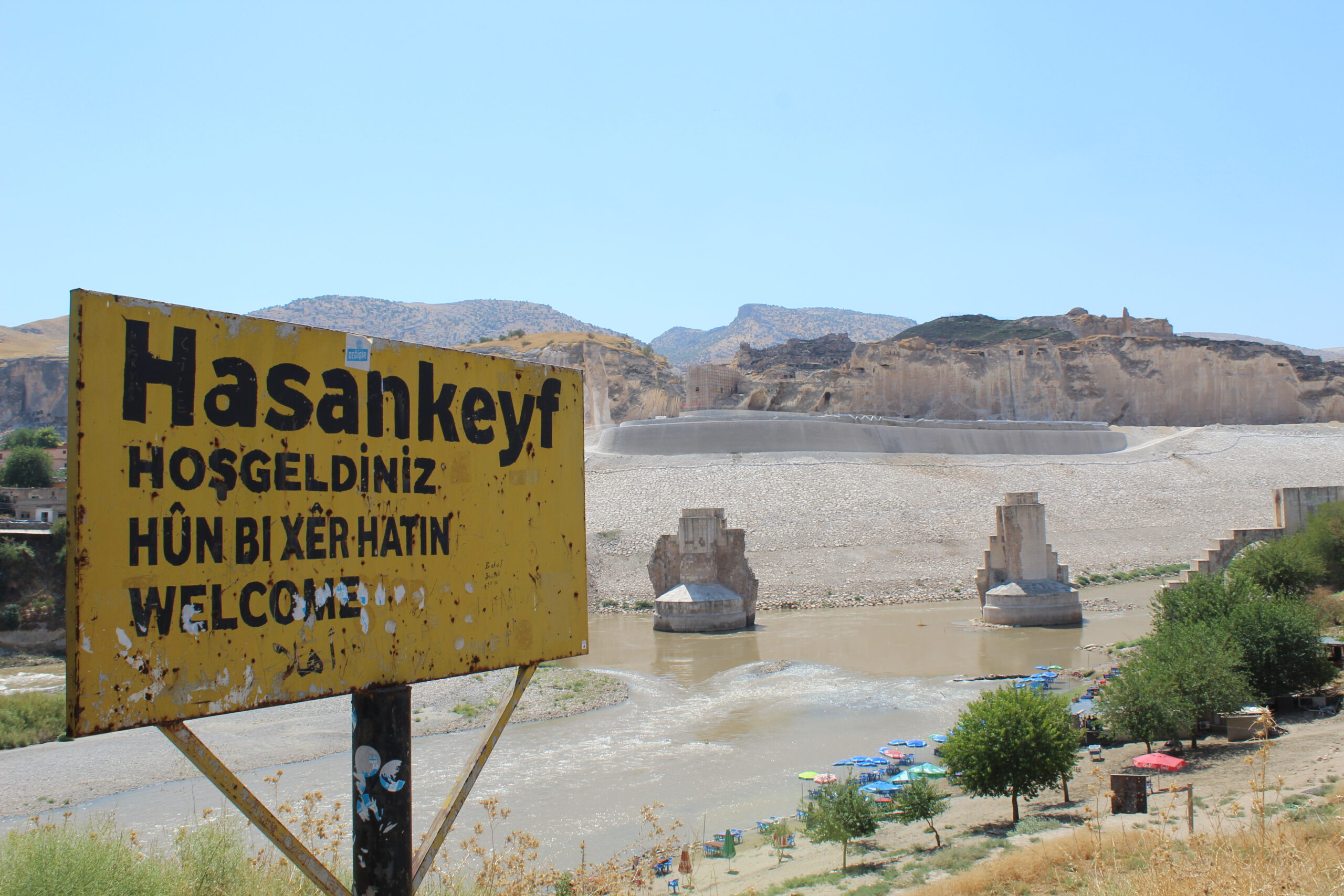 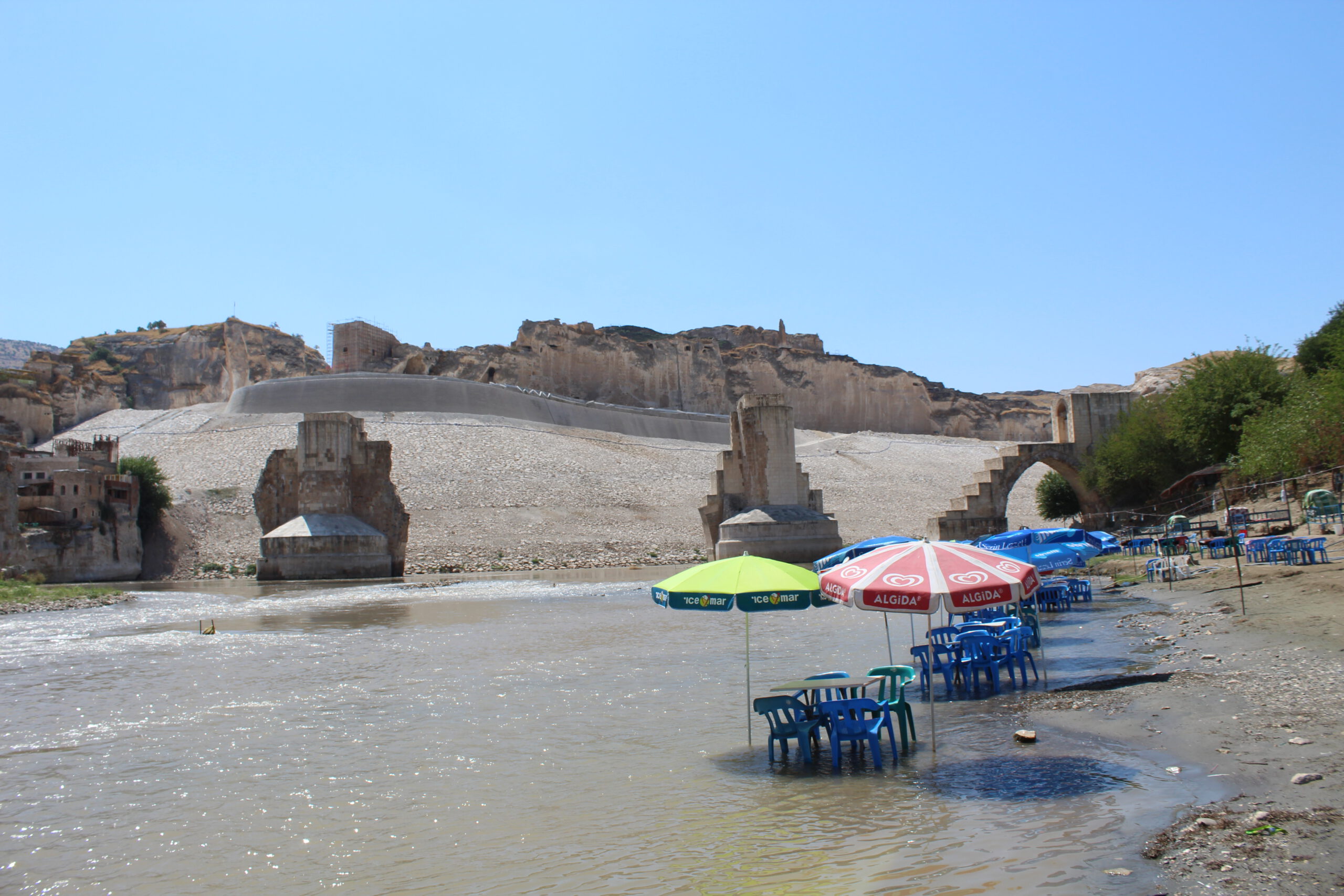 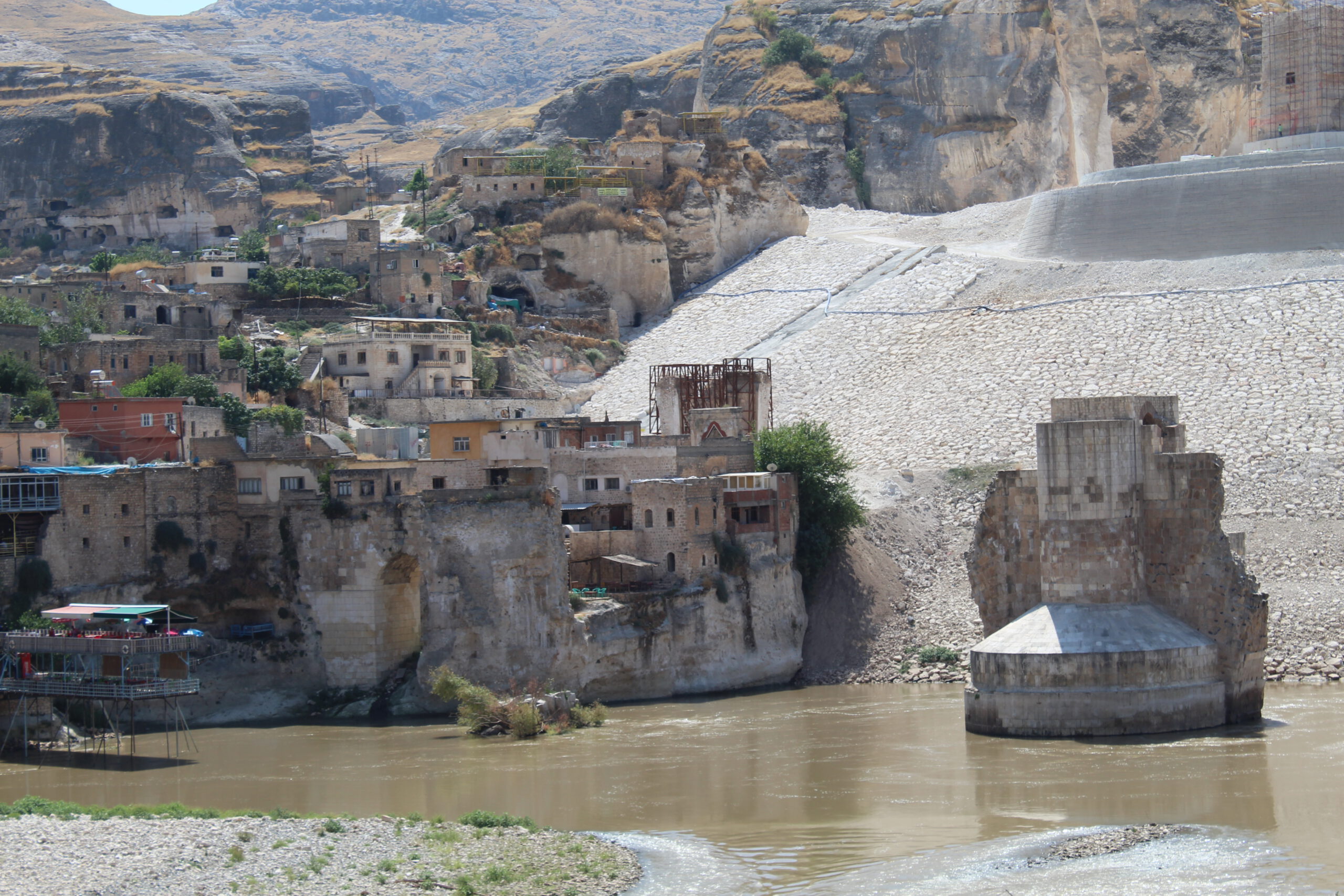 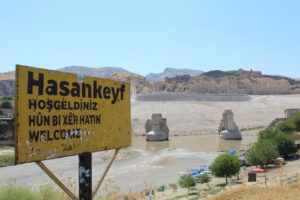 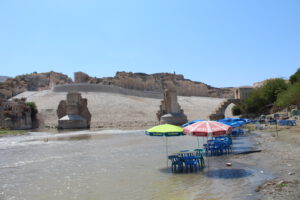 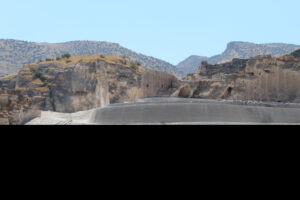 I am sure some of you would like to learn more about Heskîf. Or at least, what it was. I have compiled some photos of Heskîf before its destruction and some before-and-after comparison photos. The comparison photos are courtesy of Hasan Söylemez.

In addition, I have embedded a short documentary below. I have also included some resources (links) where you can learn more about the city’s monuments and about Hasankeyf Matters, which was an effort to save the city from destruction. 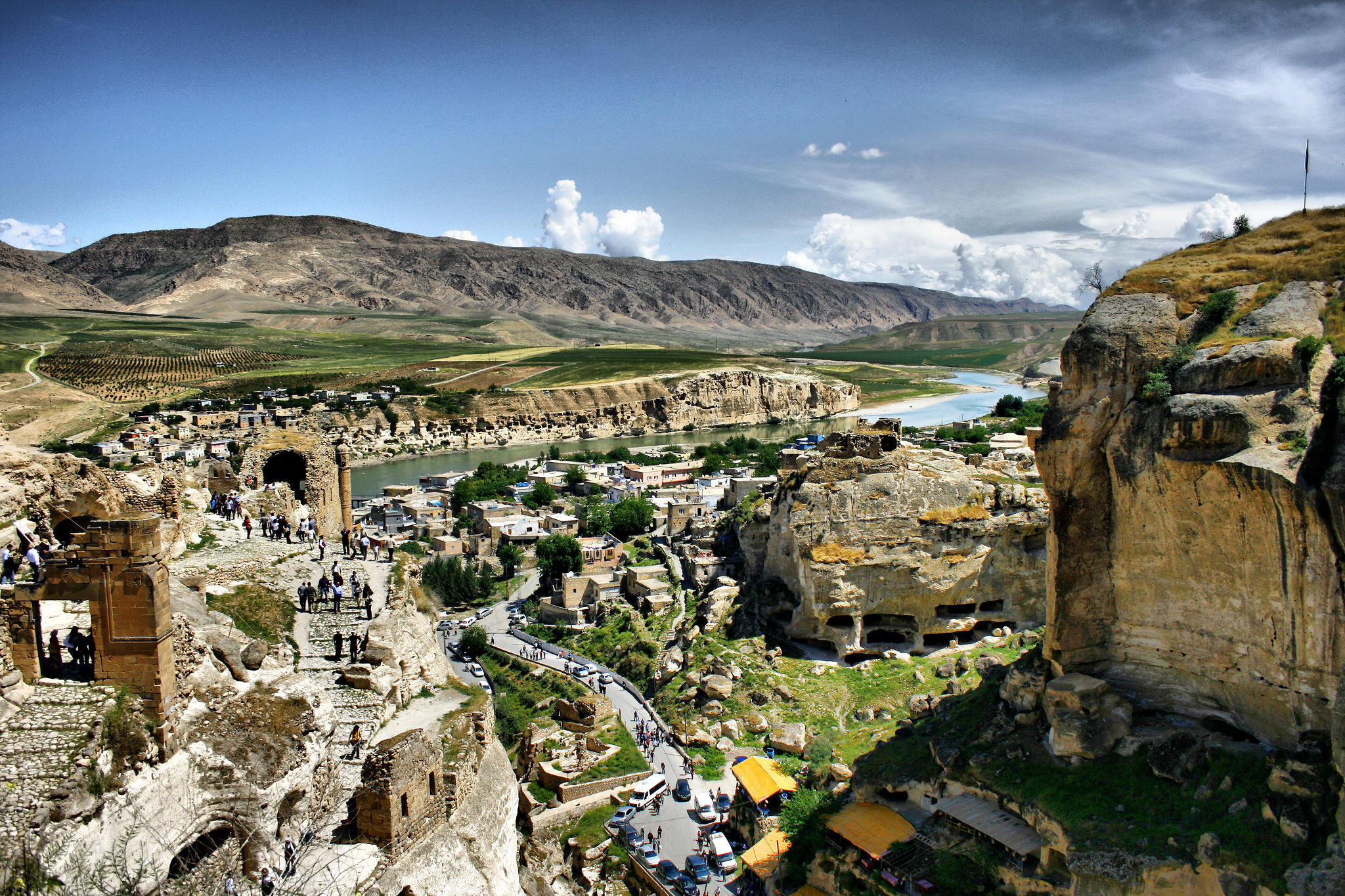 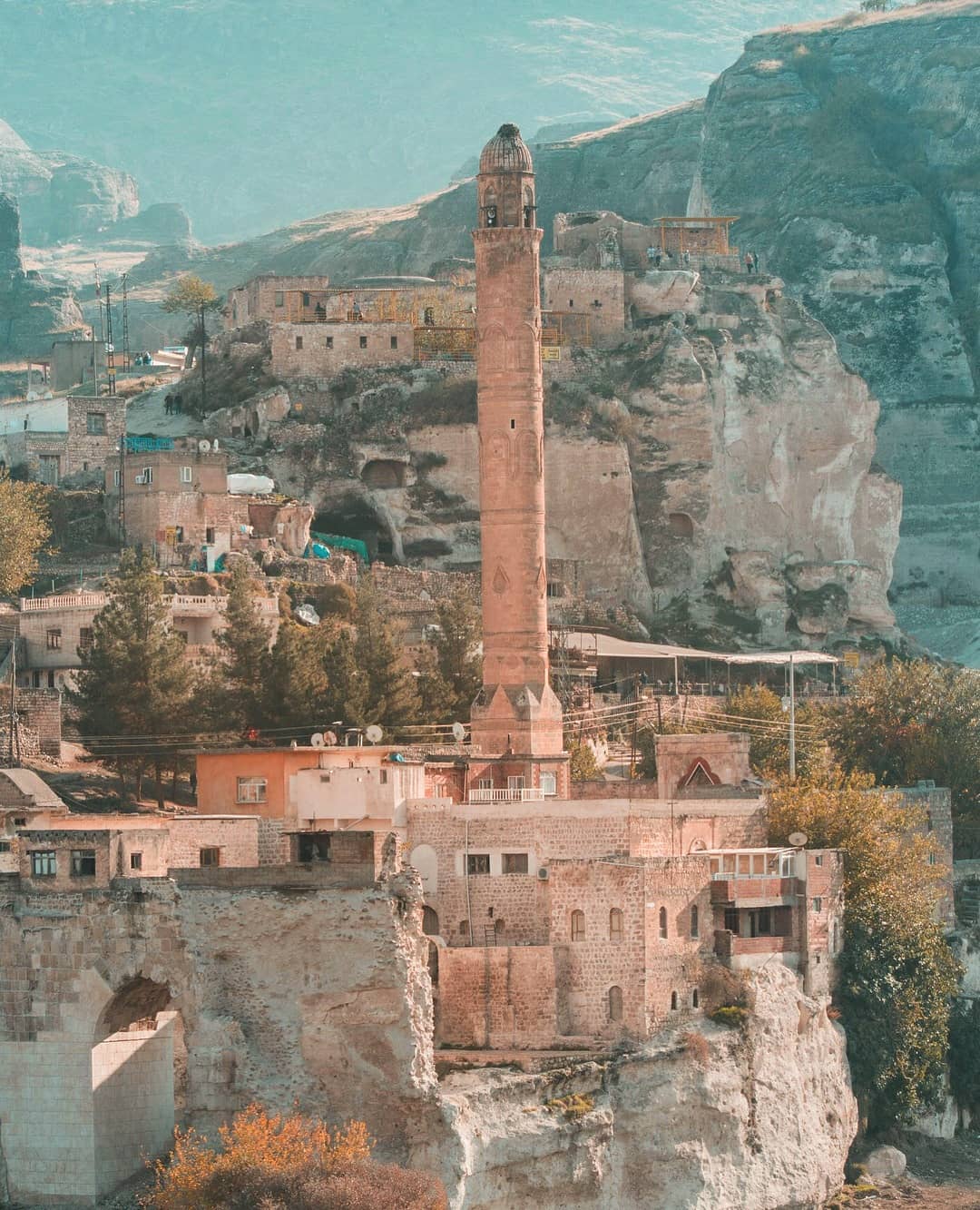 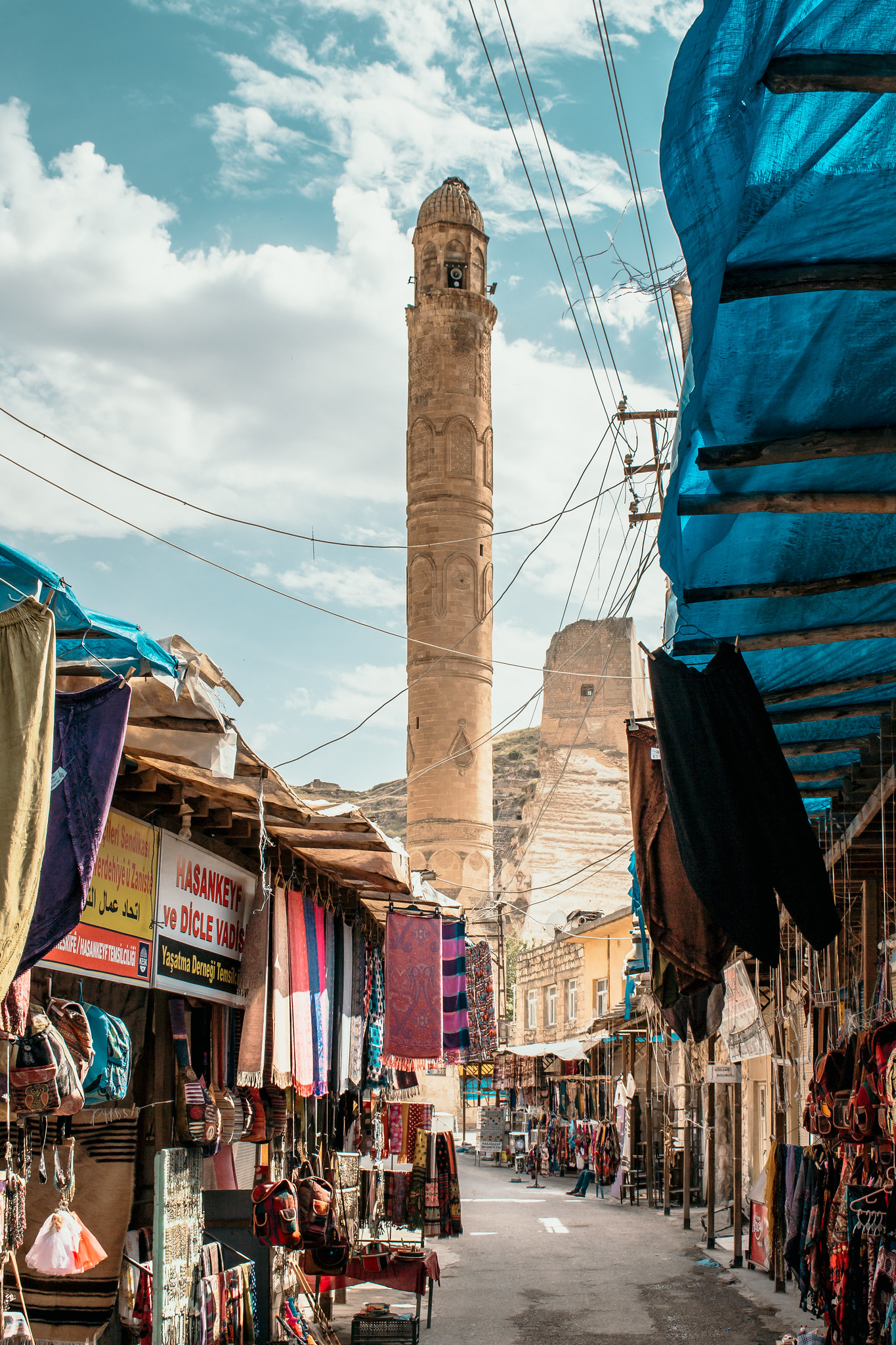 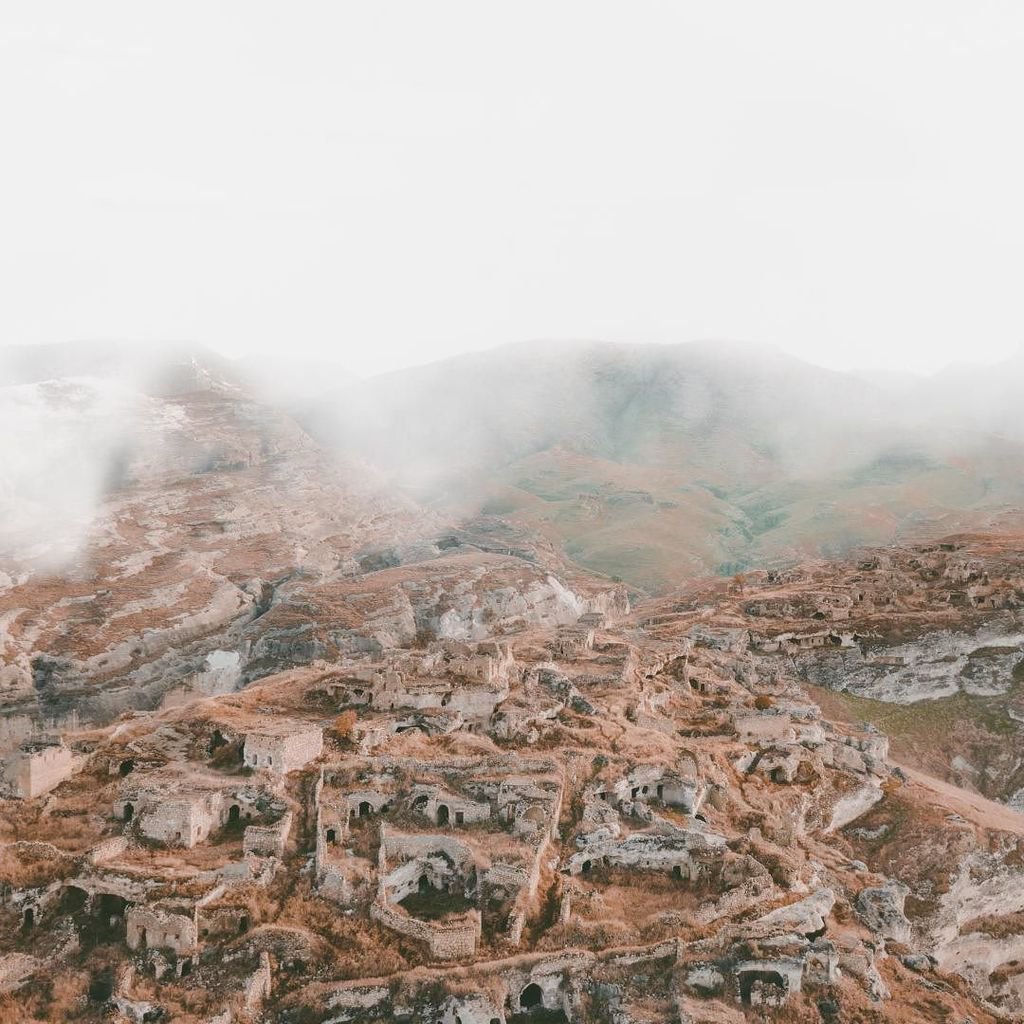 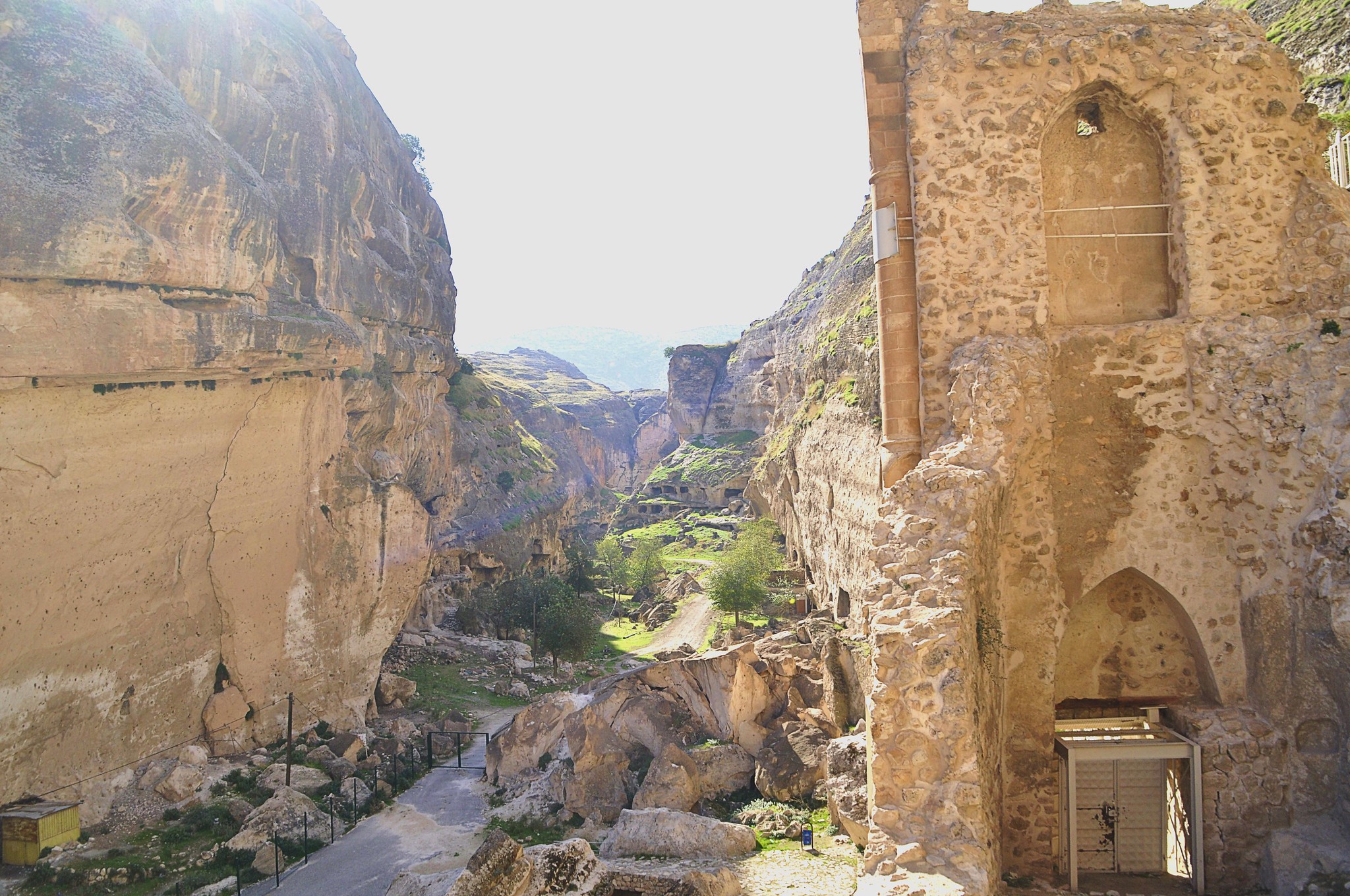 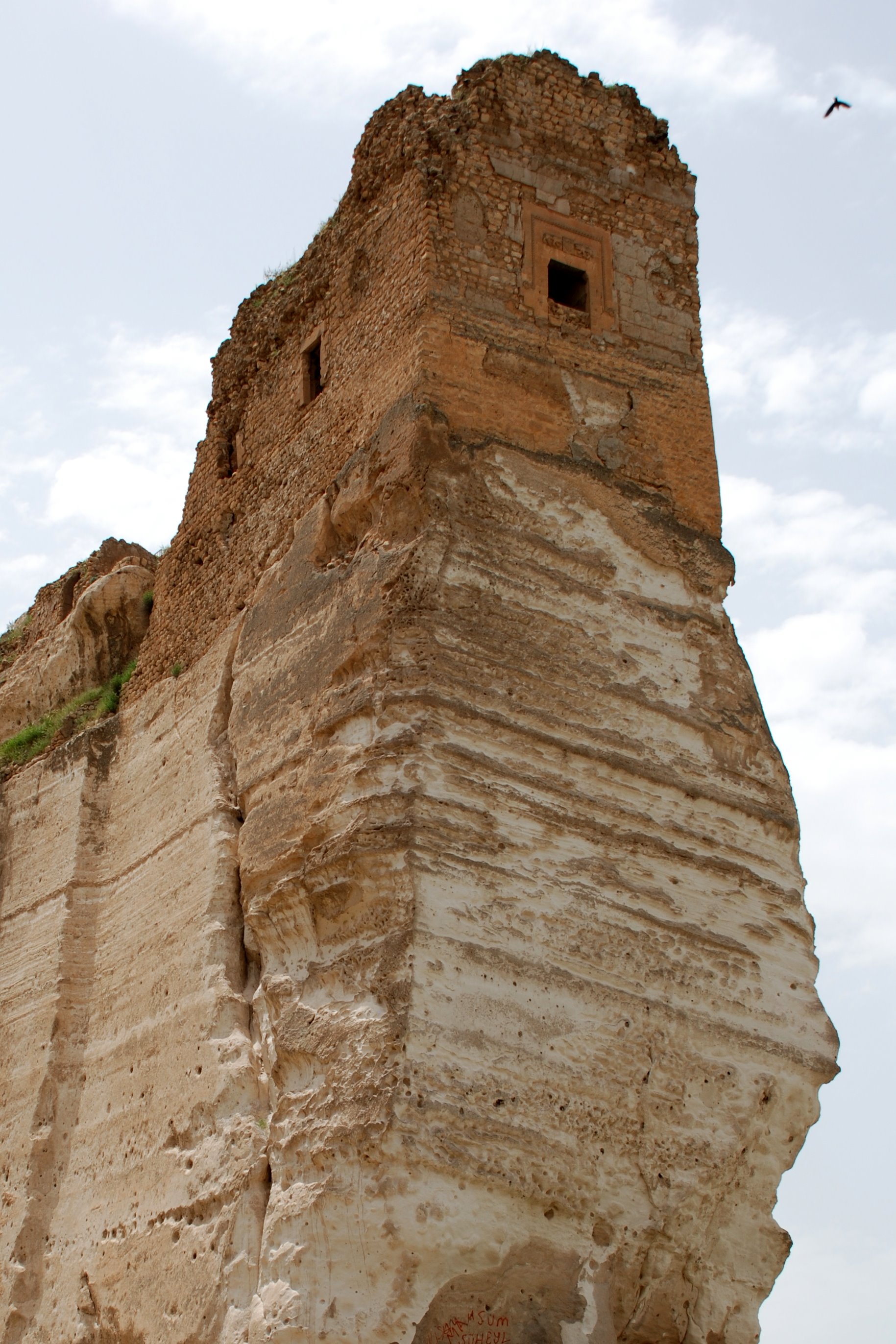 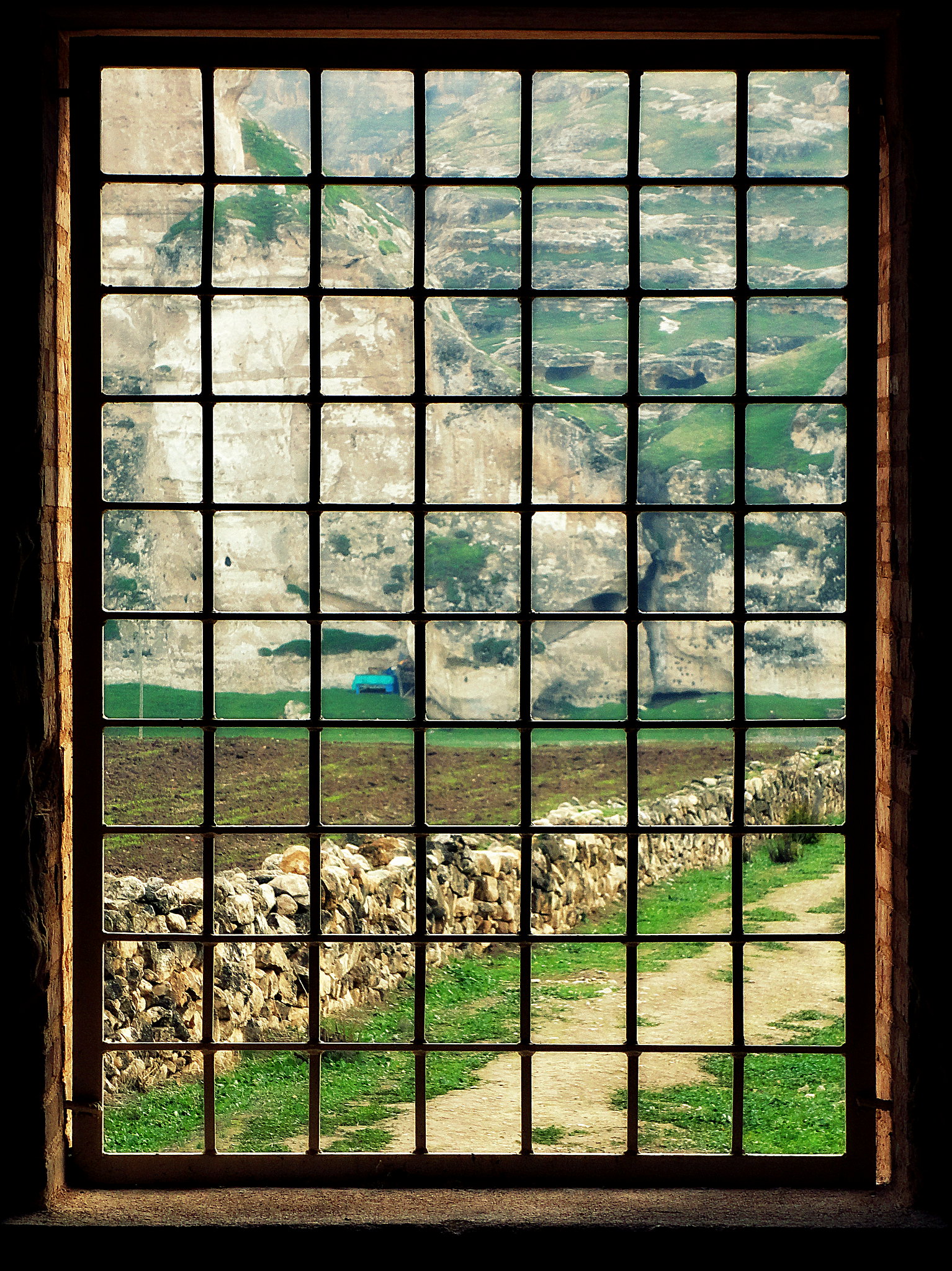 Met at Heskîf (Hasankeyf), Kurdistan. Summer of 2019. Where I stand in this clip is now under water. The city was submerged by Turkey’s Ilisu Dam several months after my visit.